Psychology and the Latino Community 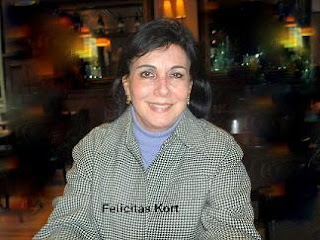 This podcast deals with "Psychology and the Latino Community" and is a dialog between Felícitas Kort and Dr. Howard Gurr.
Felícitas Kort moved to New York City about a year ago. She was originally from Venezuela where she was a professor of Behavior and Cognitive Therapy in Caracas, Venezuela, Central University and an experienced clinician of Behavior and Cognitive Therapy. While in Venezuela, Felicitas produced and hosted her own a radio talk show for 6 years called “HABITS AND INHABITANTS”. On her show, she interviewed professionals, families, youth, and children with the purpose of disseminating various disorders in clinical psychology. Besides her own show, she was frequently interviewed by print and by the media (TV and radio) in Venezuela. Felicitas was awarded a Grant by the USA Agency for International Development for a project entitled A TRUCE FOR VENEZUELANS: A PRELIMINARY PROGRAM FOR THE PREVENTION OF VIOLENCE, which included 12 Radio Programs and 4 TV spots.
In addition, Felicitas published six books in Spanish on mental health issues including:
Felicitas is an Associate Member of the American Psychological Association, Associate Member of the New York State Psychological Association, International Member of the Association for the Advancement of Behavioral and Cognitive Therapies New York, President of the Venezuelan Association of Behavior Therapy, Chairman of the Board of the Venezuelan Association of Psychotherapy, ex Vice-president of the Latin American Association of Analysis and Behavior Modification, Peru, Member of the Venezuelan Federation of Psychologists Venezuela, International.
Posted by NYSPA at 4:20 AM

NYSPA
NYSPA is a non-profit state psychological association. Our 3000+ members represent all areas of the State of New York.